A US Coast Guard HH-65 Dolphin flies past Stark tower in New York. 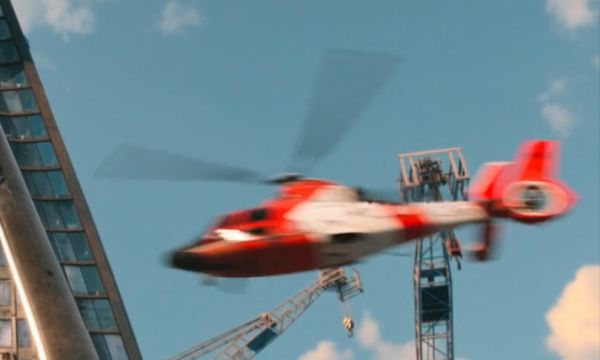 The young hero’s video of an Avengers battle (a flashback scene to Captain America: Civil War) includes an AS-350 parked at the airport. 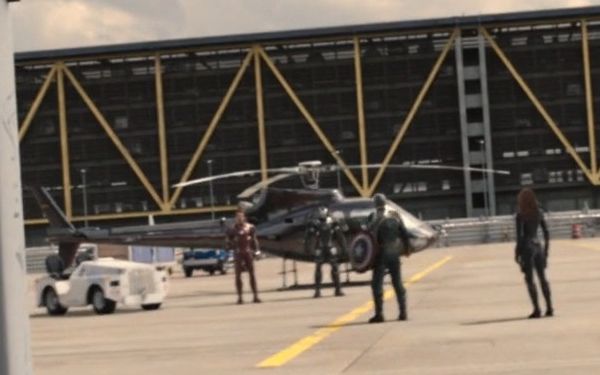 Later, a police AS-350 hovers around the Washington Monument in Washington, D.C. 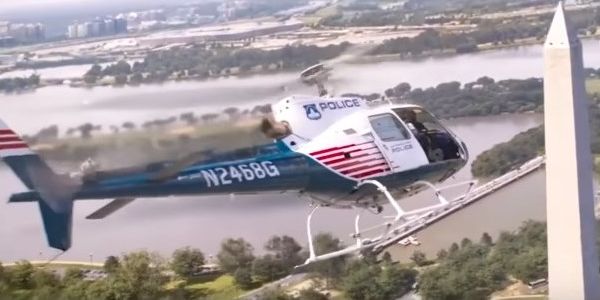 Spider-Man swings under the A-Star to break through a window near the top of the Monument.

A USCG Dolphin flies over the stricken ferry. 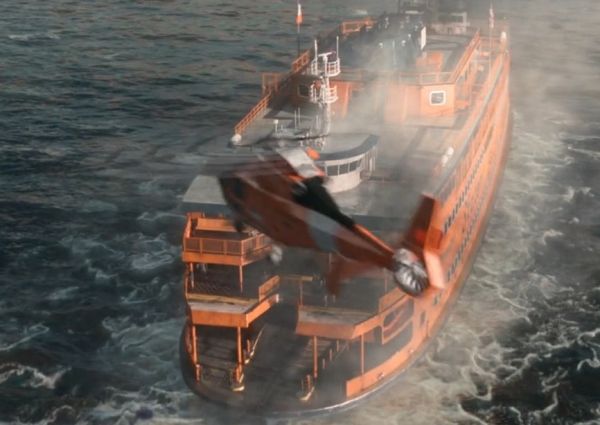 The movie’s chief villain, Vulture (played by Michael Keaton, a former Batman), has a back-pack of metal wings with enclosed fans for VTOL and hovering. 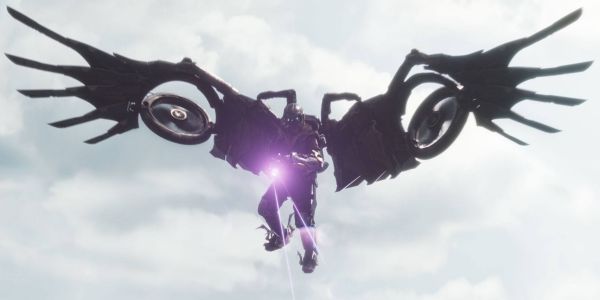