SPACEWALKER (aka: Spacewalk, aka: The Age Of Pioneers, 2017)

This great Russian docudrama is about cosmonaut Leonov in 1965. 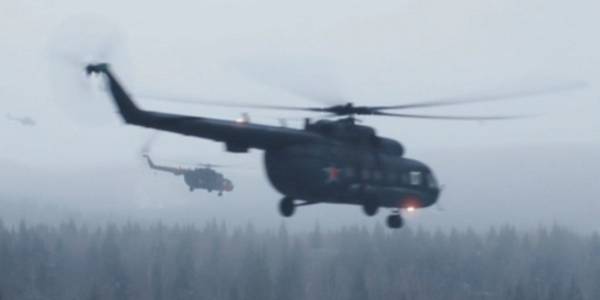 After the space capsule lands in a forest, there are five Mil Mi-8 flights searching for the missing cosmonauts. 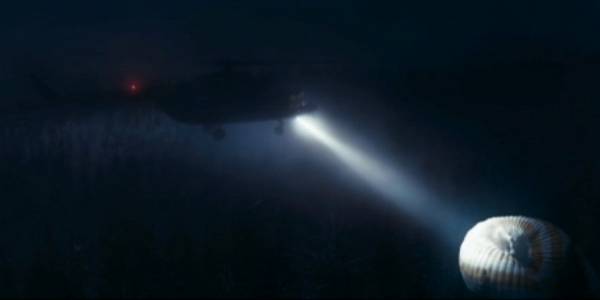 The pilot spots a signal flare, and hovers above the capsule’s parachute that’s caught in tree-tops. 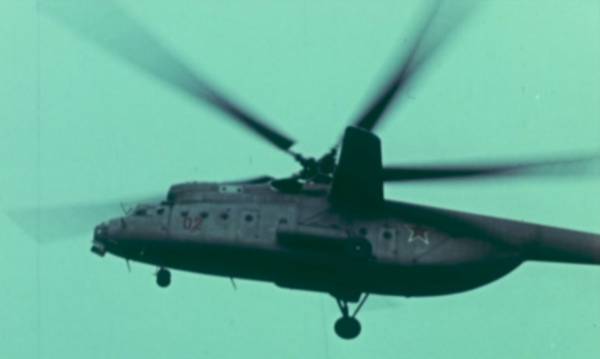 The news-reel section of the movie’s finale includes brief shots of an Mil Mi-6 Hook.

Although not strictly helicopters, as they have no rotors, the jet-powered VTOL drones of this sci-fi actioner operate much like the tri- / quad-copter flying machines that they vaguely resemble. 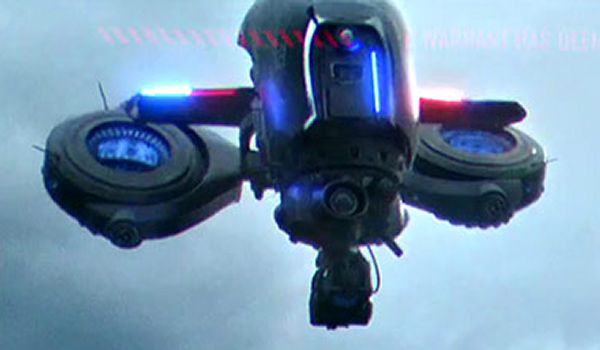 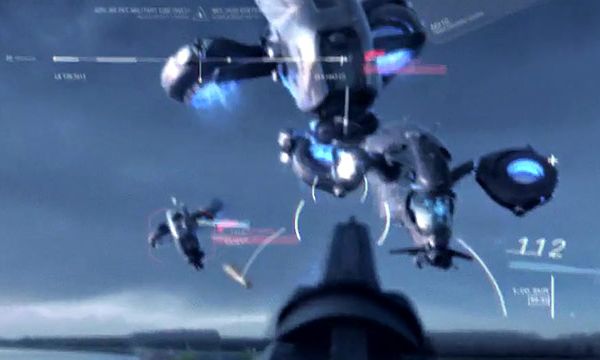 Various copter-styled models of these futuristic security drones patrol a city in the alternative ‘cloned’ world and, during the special effects sequences, several are shot down by gun-men on the ground. 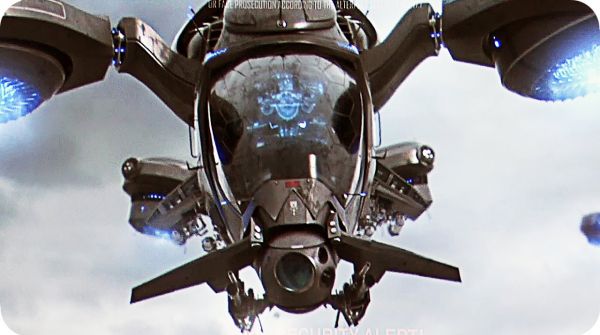 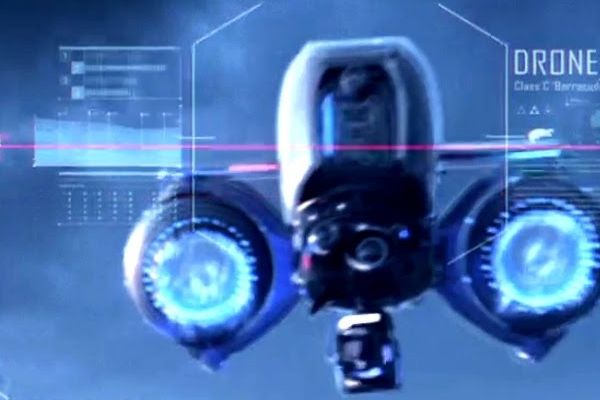 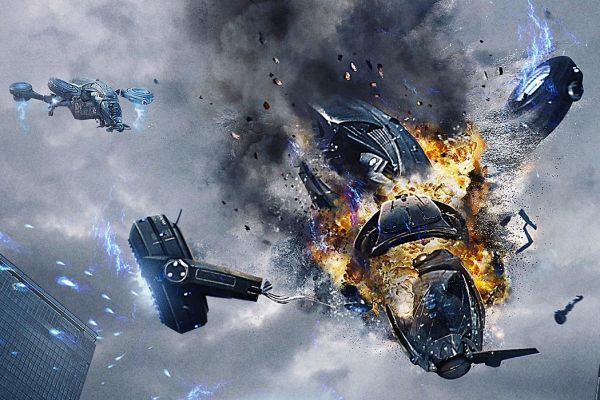 This Marvel TV series is a crime drama remake about a US marine turned vigilante. 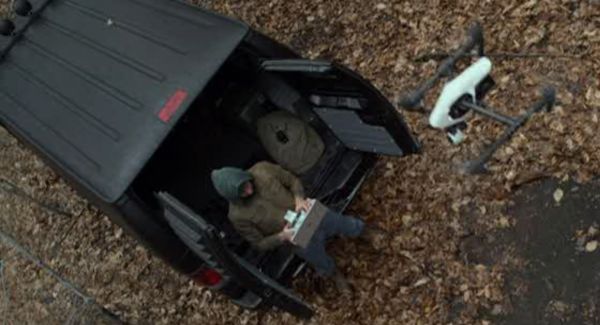 Season one’s fifth episode Gunner features a quad-copter drone that flies over a forest in Kentucky, during the hero’s shoot-out with mercenaries. 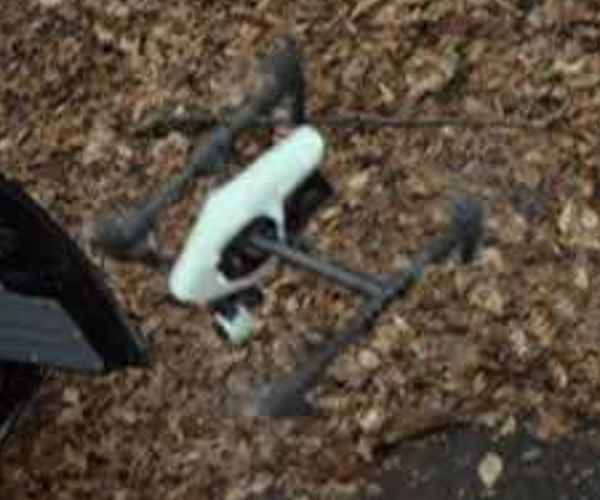 This action-adventure movie is about a salvage heist by a military commando squad. 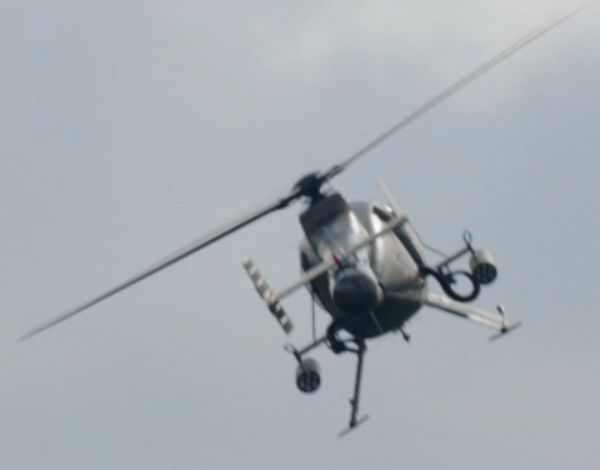 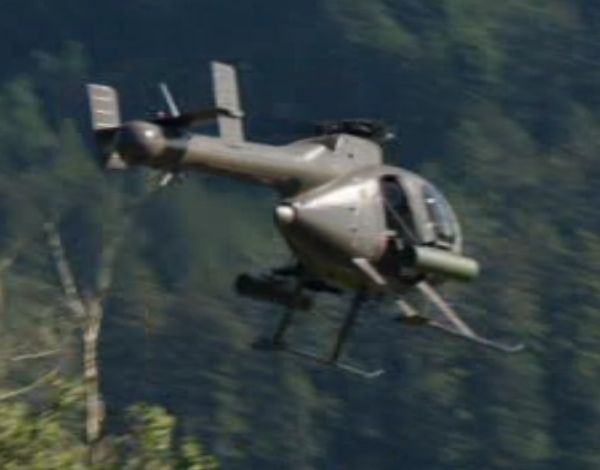 When the US navy SEAL team visit a lake, their MD-520N Defender (portrayed by an NH-500E) performs low-flying stunts over a Bosnian forest until the hero's NOTAR gunship is attacked by missiles from an enemy jet-fighter. 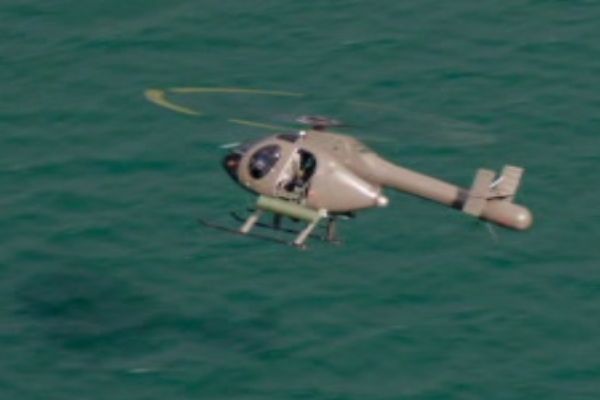 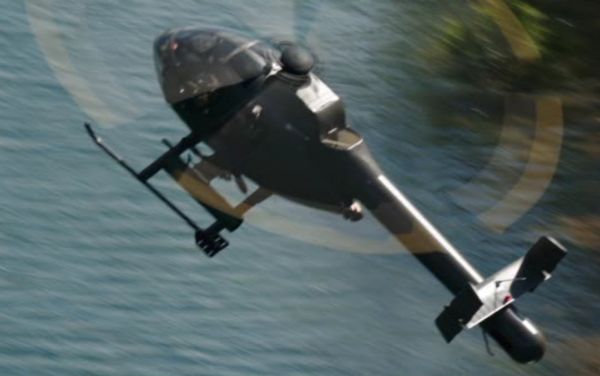 The chopper returns fire and the damaged war-plane is chased away. 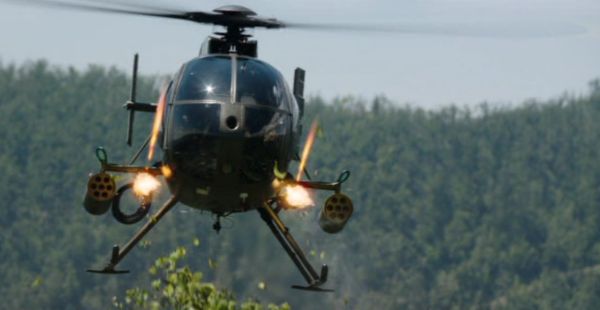 Later, a US marines CH-53 Super Stallion arrives just in time to rescue some rogue heroes from the lake, and air-lift a stash of Nazi gold. 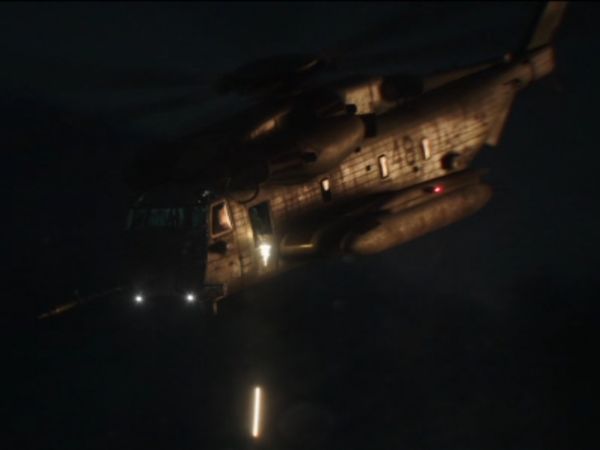 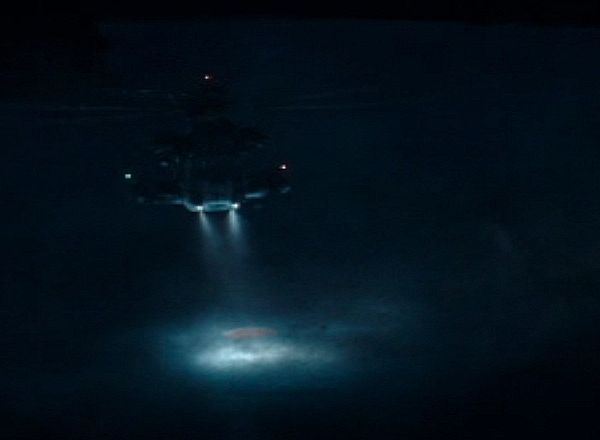 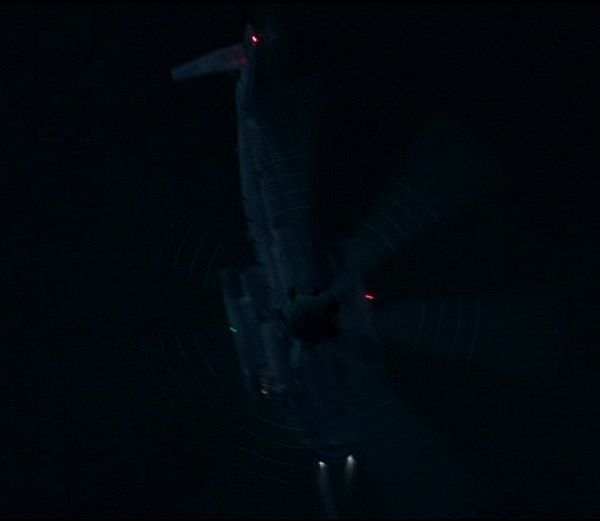 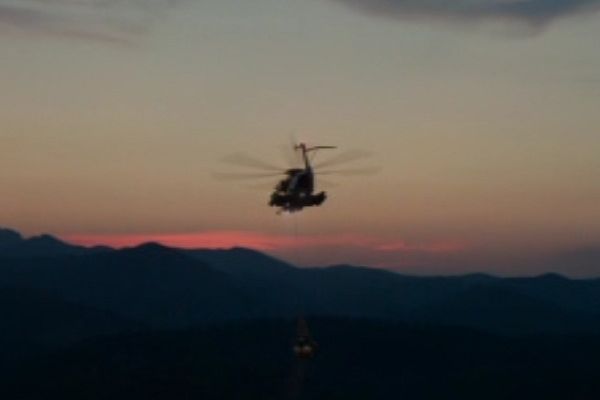 The Black Hawk on the DVD cover does not appear in this movie. 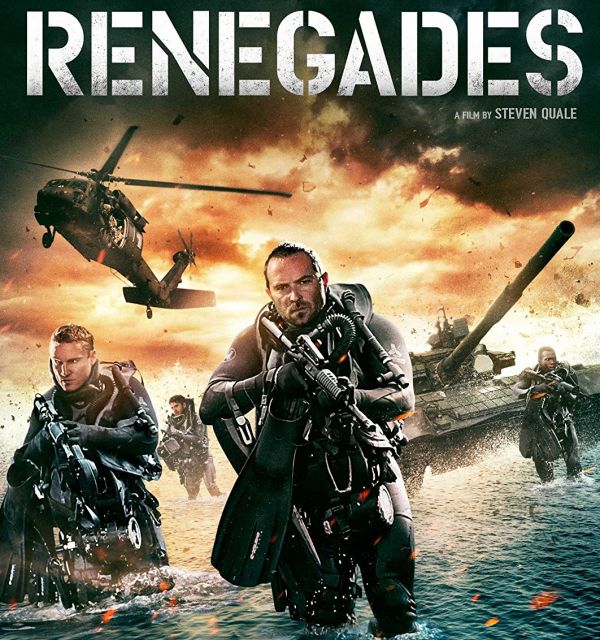 There’s a Bell UH-1N transport used by a US army officer in Iraq, and another Huey flies overhead. 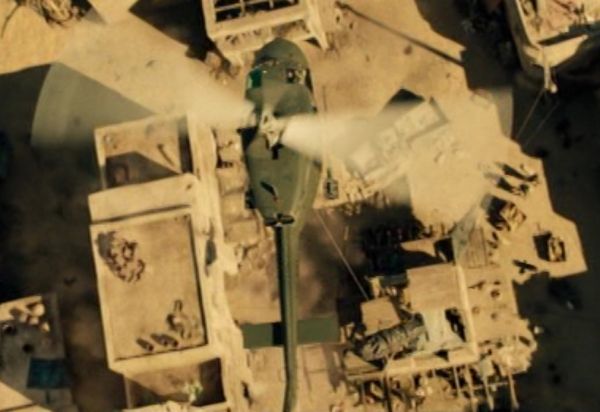 The Bell 212 air-lifts an Egyptian sarcophagus from its hidden tomb. 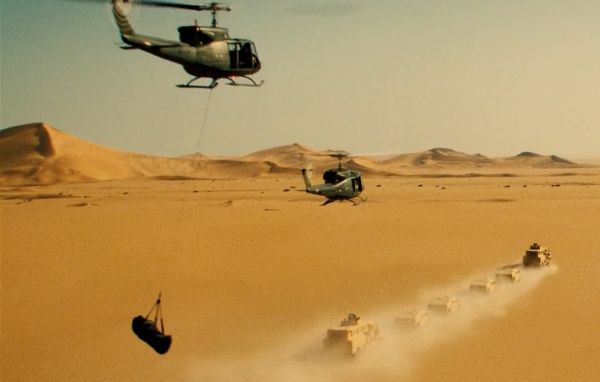 Two Huey flights join a military convoy that’s crossing the desert, and the chopper delivers its relic haul to a military cargo plane. 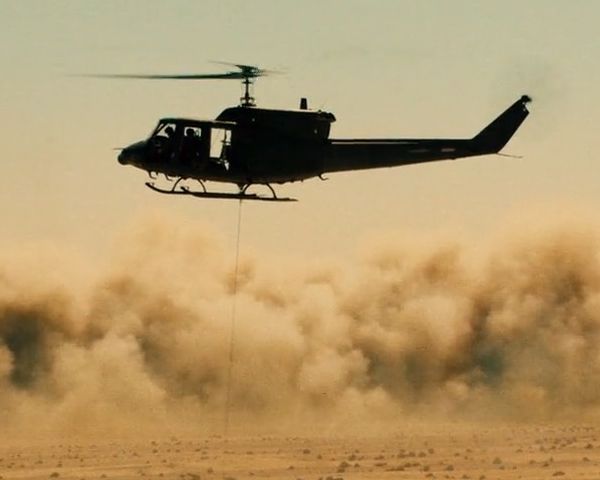 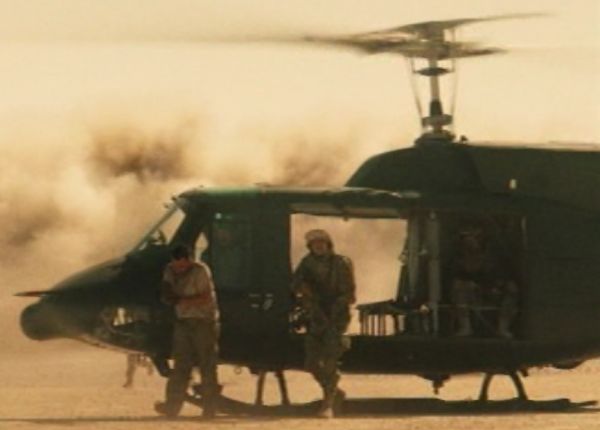