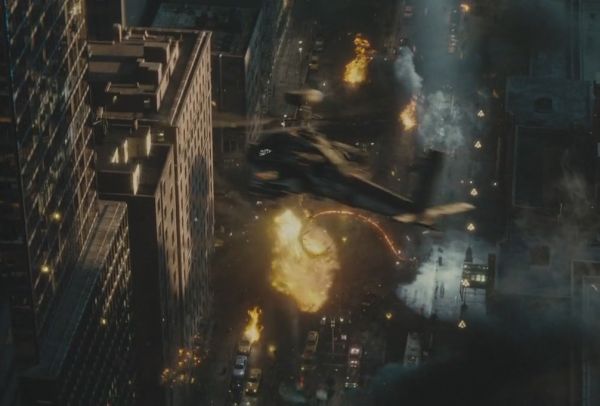 A follow-up movie to Batman v Superman: Dawn Of Justice (2016) this features a couple of AH-64 Apache Longbow helicopters destroyed in flight by a super-villain on the Midway City streets. 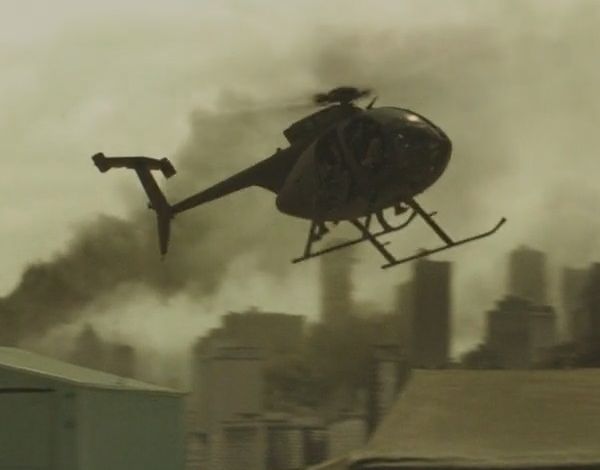 Carrying troops, an MD 500E lands at the FEMA camp during the evacuation of civilians, and a Bell 206L LongRanger is parked in the background of this scene. 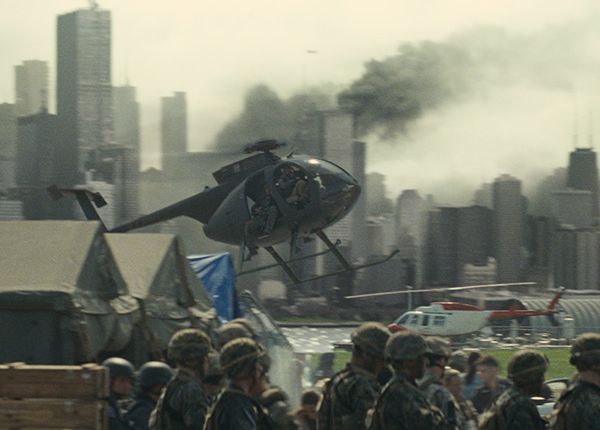 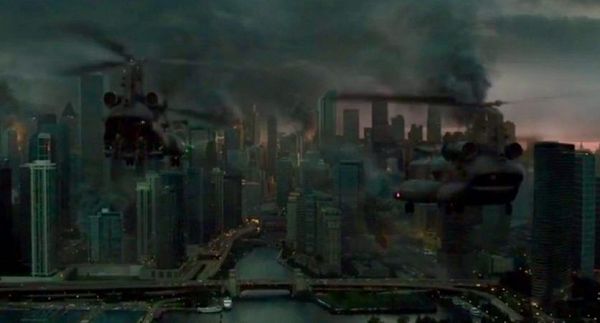 Two Boeing CH-47 transports fly teams into the city, where one Chinook is shot down and it crashes sideways to roll through a car park. The second helicopter lands safely near the crash site. 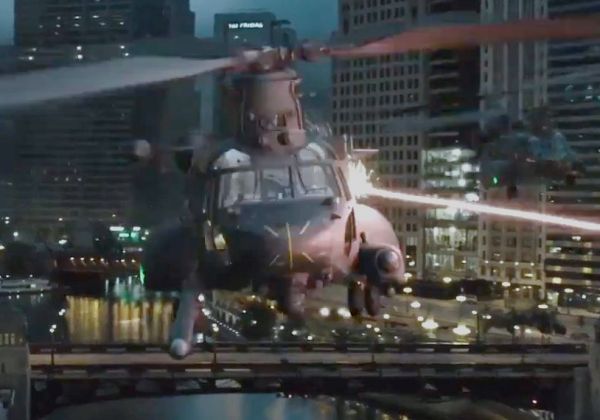 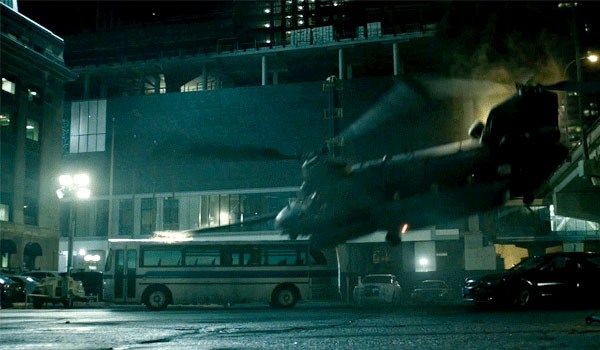 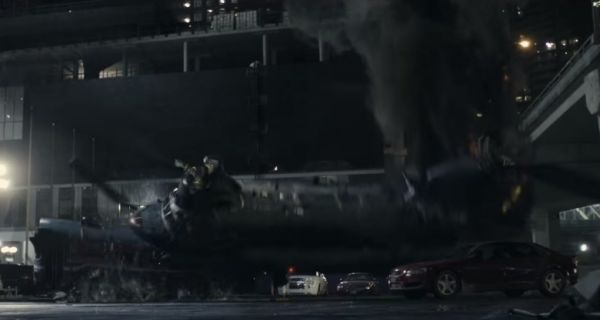 Later, when it's hijacked by the Joker, a rescue Chinook hovers near a roof-top and shoots at the squad of antiheroes. Harley Quinn jumps off the roof and she grabs a rope to dangle beneath the getaway helicopter, but the Chinook is hit by a missile and the burning chopper crashes off-screen. 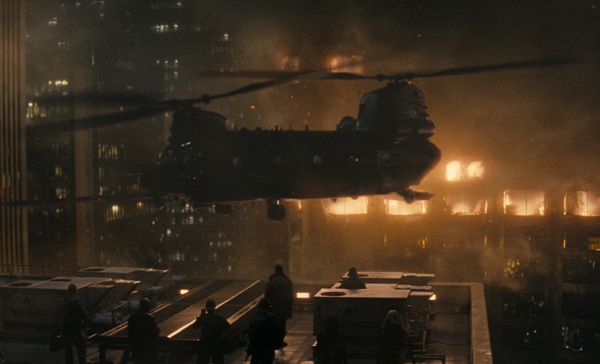 Finally, an MH-60 gunship picks up the task force chief from the roof-top. The rescue Black Hawk flies away, spraying chaff, but is soon downed and it crash lands in the street.