This movie drama is about US prospectors and gold miners in Indonesia during the 1980s.

There's a Sikorsky S-76B flying along the coast. 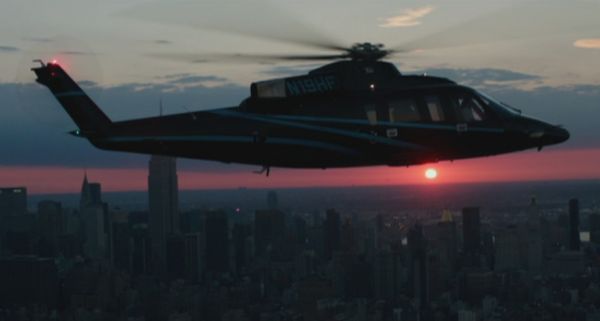 The same S-76 helicopter also flies above a city. 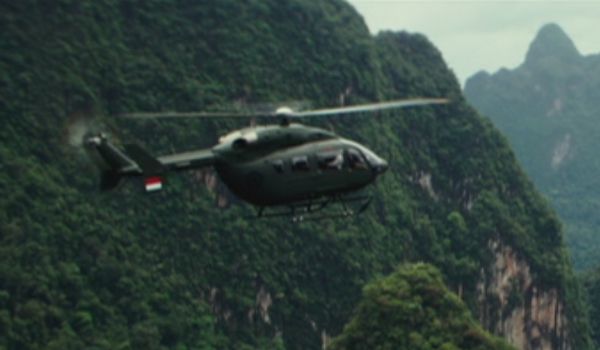 The best rotary action sequence has a military EC-145 (Airbus H145), perhaps in role of an exported UH-71 Lakota, that soars over the jungle for a crook’s suicidal jump from 1,000 feet. 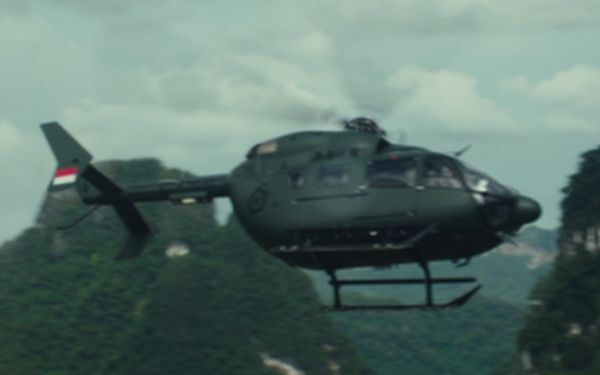