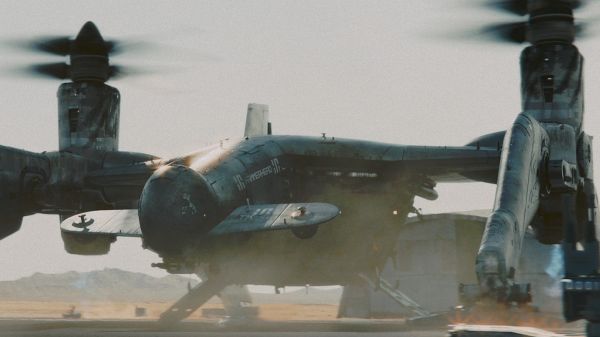 British shoot ’em up against military robots, this low-budget actioner boasts twin co-axial rotor-craft as troop transports like a futuristic Osprey copter, with articulated legs for VTOL anywhere. This vehicle is used to fly a small team on a training mission to an island battle zone. 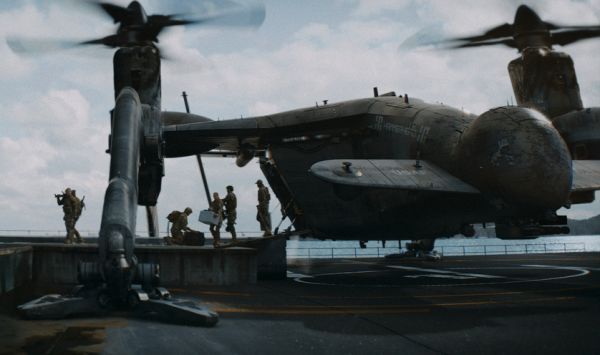 There are twin-rotor mini-drones, deployed for surveillance in the woods, that flap around the soldiers. At the movie’s end, the big transport flight returns to pick-up survivors.
Posted by Tony Lee at 11:49 am