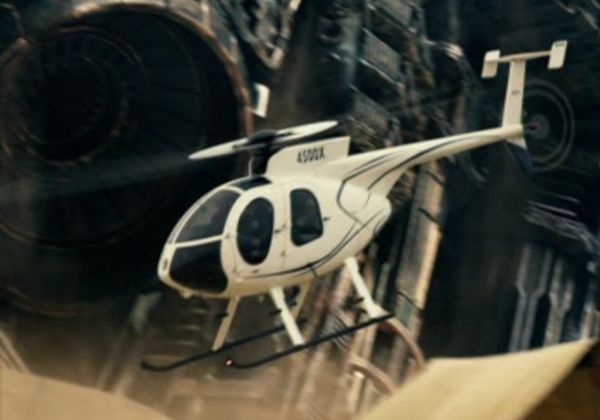 In the Namibian sequence an MD 500E takes off from a base camp on the west African shore. 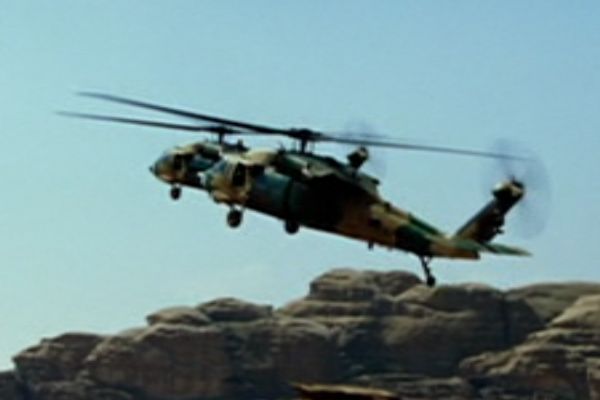 There are Black Hawk, Pave Hawk, and Sea Hawk flights on various locations, over desert, ocean, warships, and military bases. 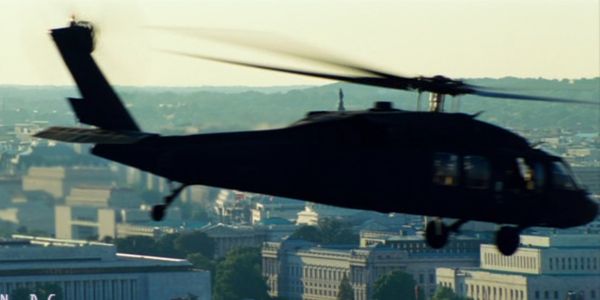 An Apache Longbow escorts a military convoy and circles over the hero’s scrap-yard in Texas. 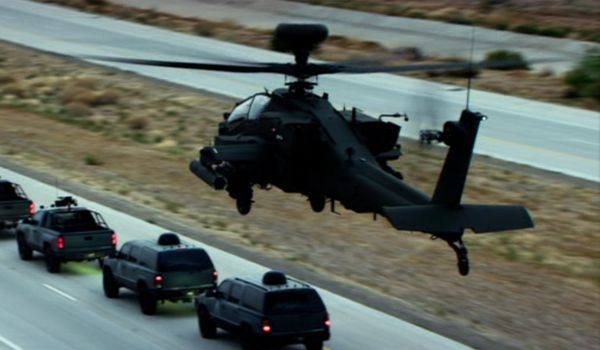 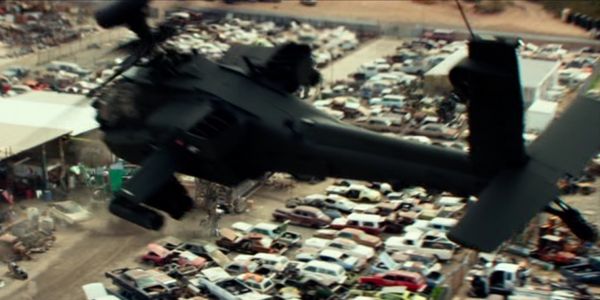 An AS-355 TwinStar gunship flies over London, and two Black Hawks land near Stonehenge. 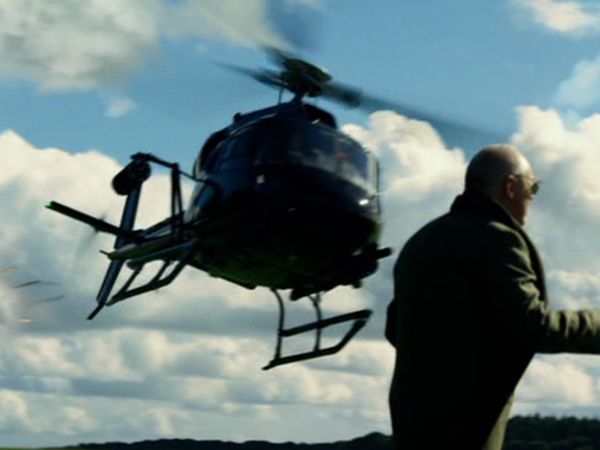 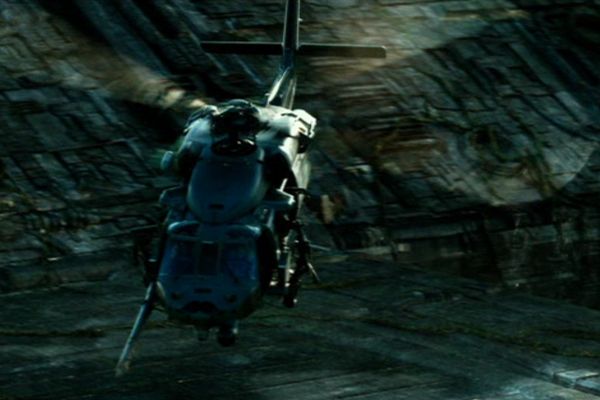 Climactic rotary action includes Ospreys, with a sci-fi variant, that drop from a giant alien spaceship to launch an attack on the invader’s rogue planet. 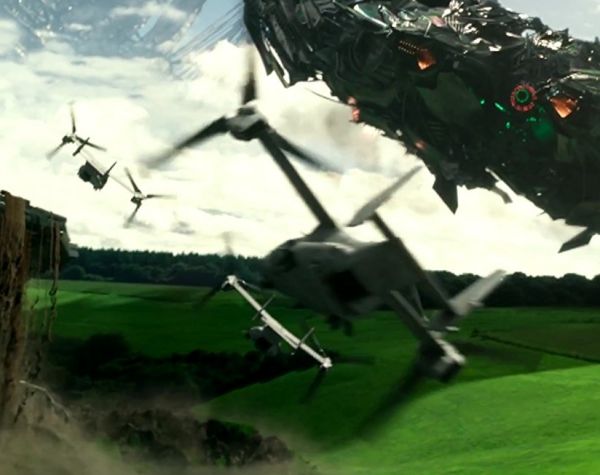 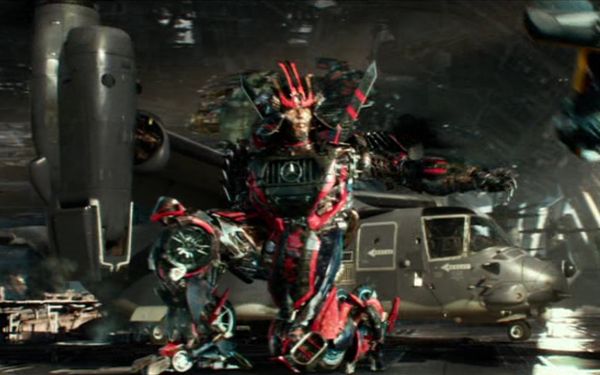 However, during the raid, the Ospreys crash-land on an island in the sky. 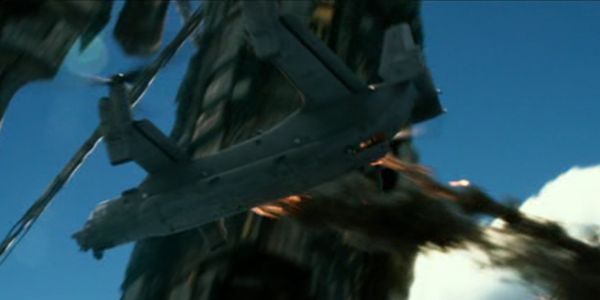 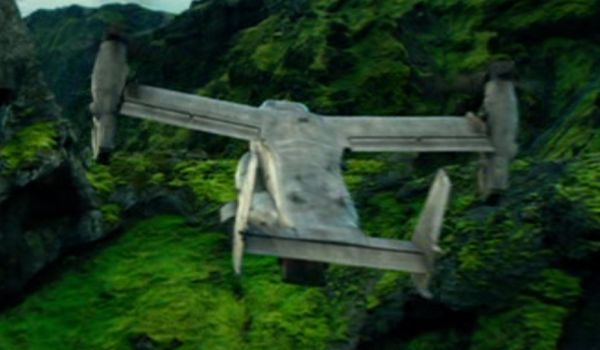 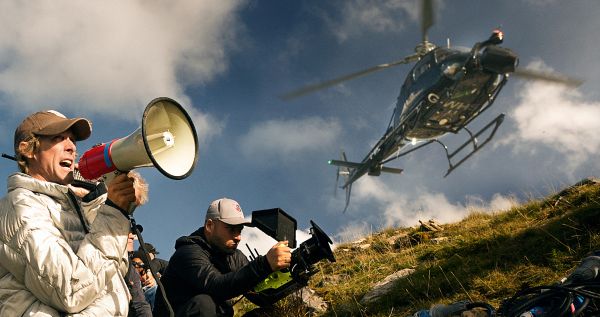