This spy-farce movie is a sequel to Kingsman: The Secret Service (2014).

The movie features a Black Hawk that lands briefly outside a church, where it drops off two agents for a rescue mission. 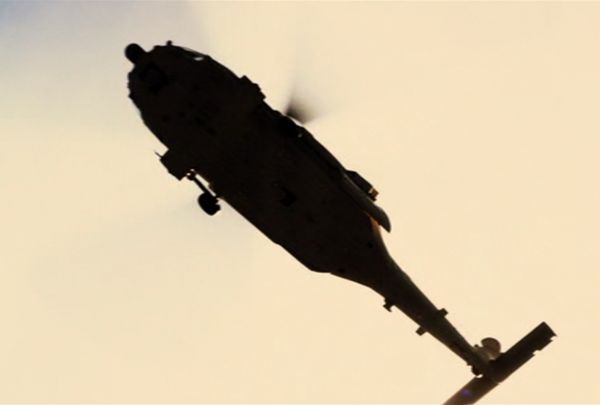 The villain’s AS-365 Dauphin soars over a mountain resort in Italy. 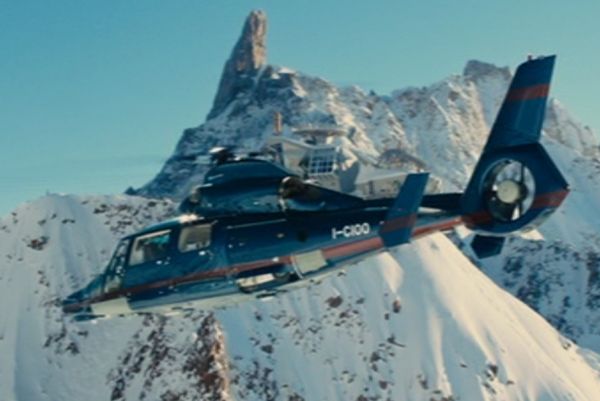 A couple of Pave Hawk patrol flights circle a stadium that’s used as a prison. 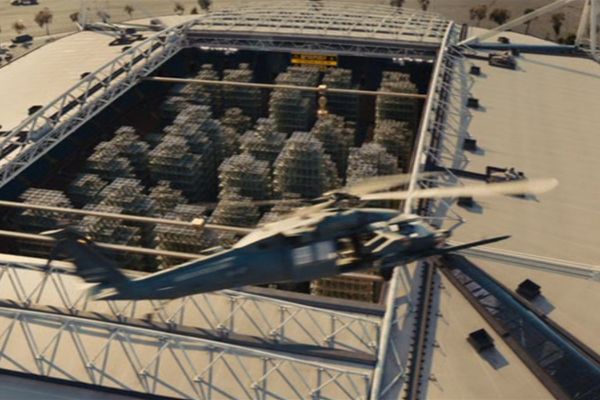 After the finale, the sky over New York has dozens of quad-copter drones flying to deliver the antidote to a poison. 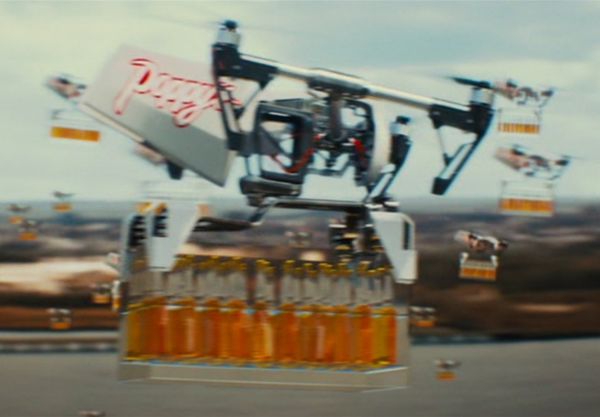