This comedy-drama is a big-screen remake of a popular TV series about life-guards in Los Angeles.

An early scene has kids flying a quad-copter on the beach. 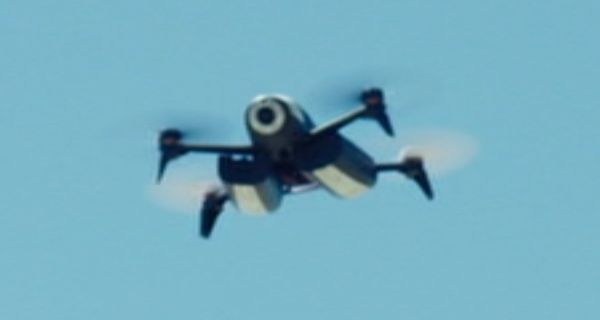 Just after the rescue from a burning boat, an HH-65 Dolphin arrives on the scene. 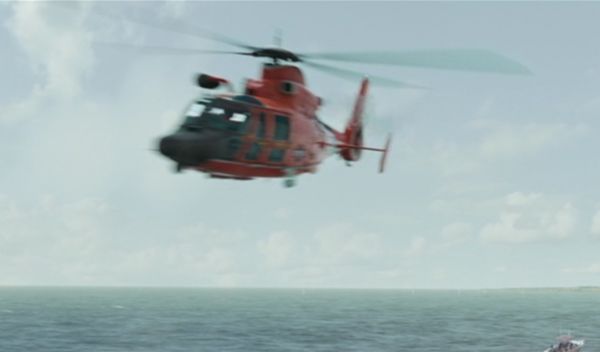 This US Coast Guard Dolphin also appears on TV later during a news report.

During a night scene, there’s an MD 500E used by the bad guys. 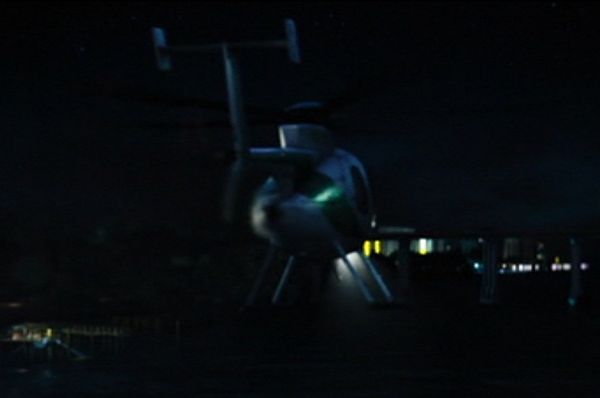 This getaway flight - with a rope ladder dangling from it - is caught in the danger zone of a fireworks display, and it fails to save the fleeing villainess. 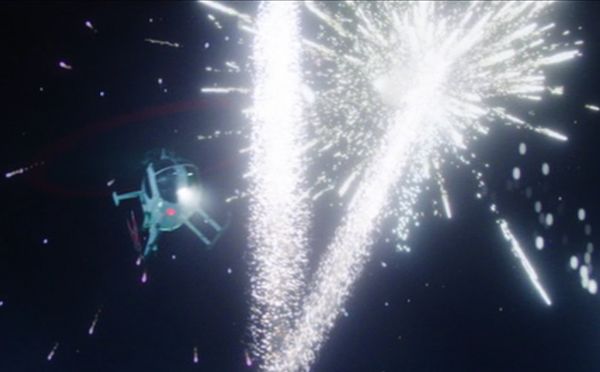 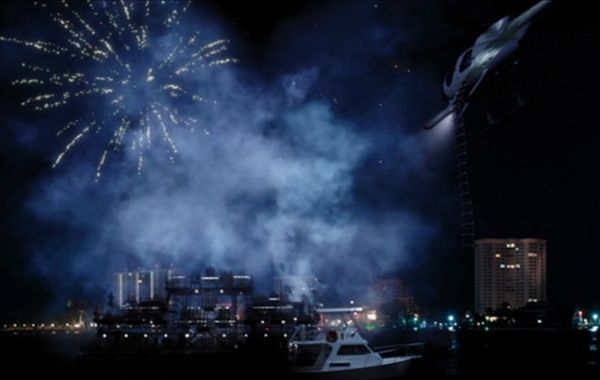 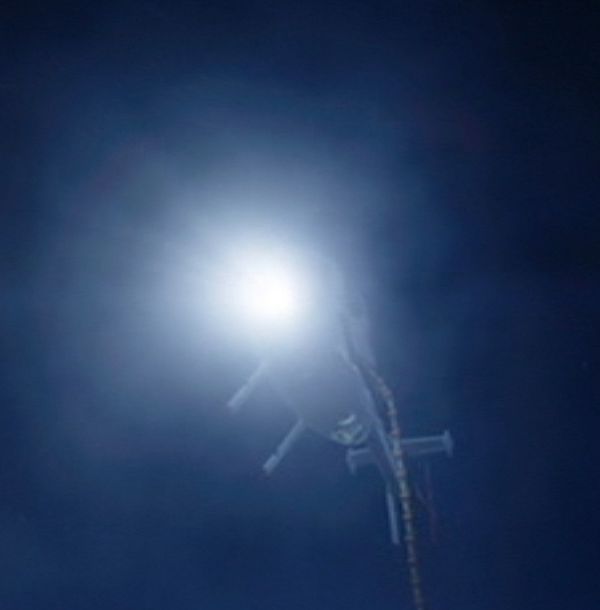 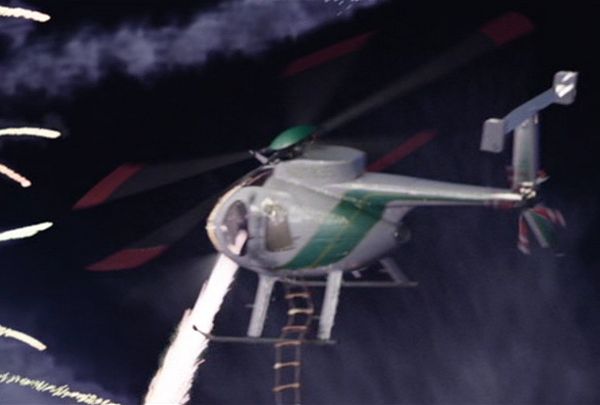