Set in 1985, this Russian disaster movie is about a damaged ship, stuck in Antarctica. 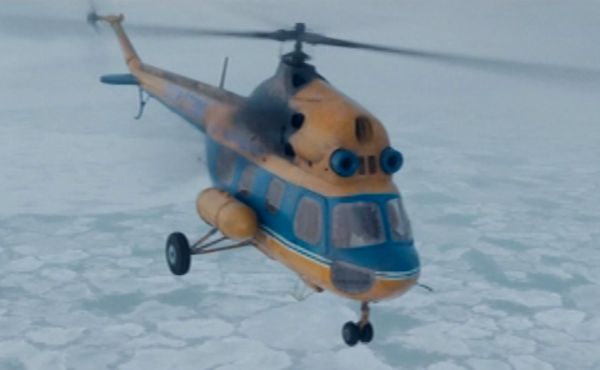 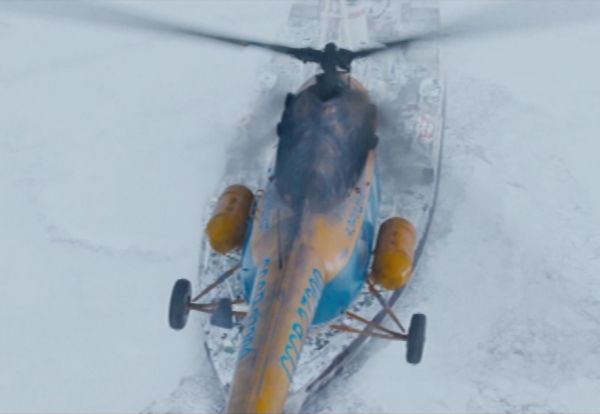 A Mil Mi-2 Hoplite brings a new captain to the stricken ship. 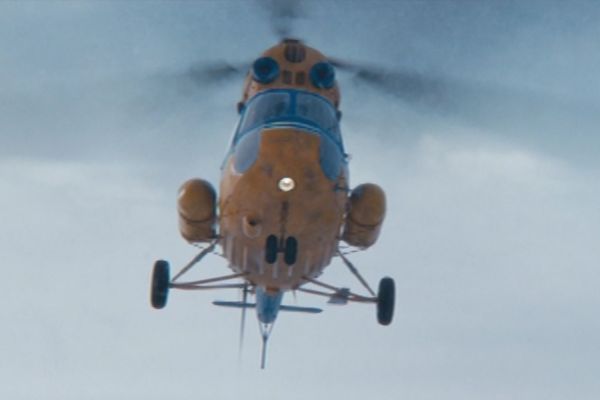 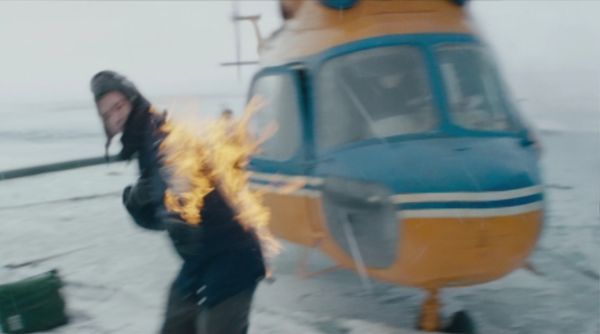 The Hoplite lands on the ship's rear heli-pad, but the engine is burning and it sets fire to the pilot. 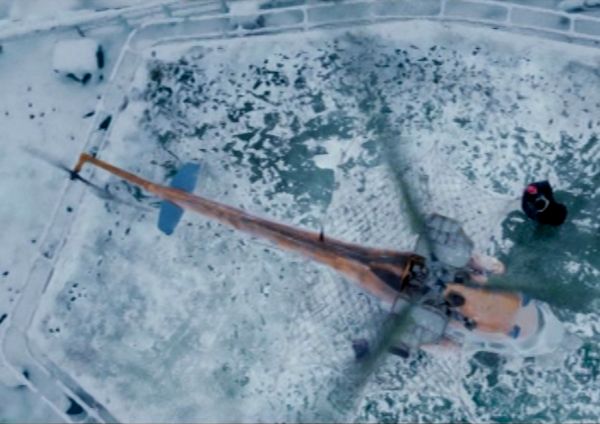 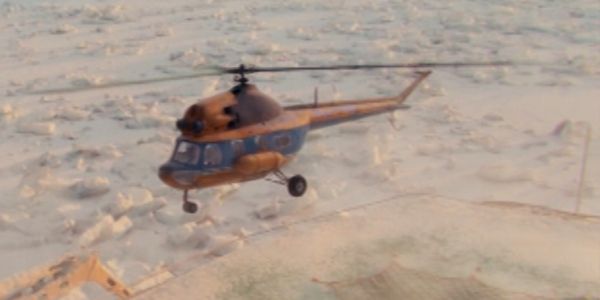 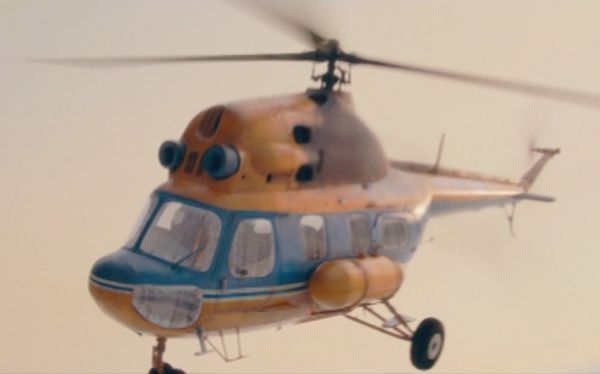 The Hoplite takes off to survey an iceberg. 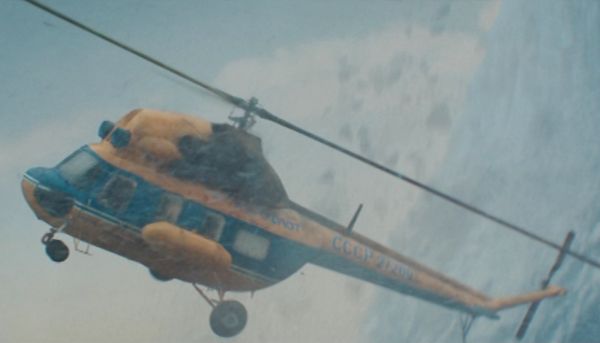 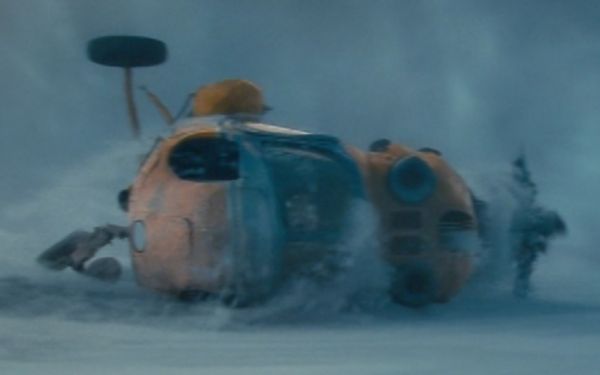 The chopper returns to land on the ship, but strong cross-winds force the Hoplite to hit the iceberg, so it spins out of control and crashes on the ice. 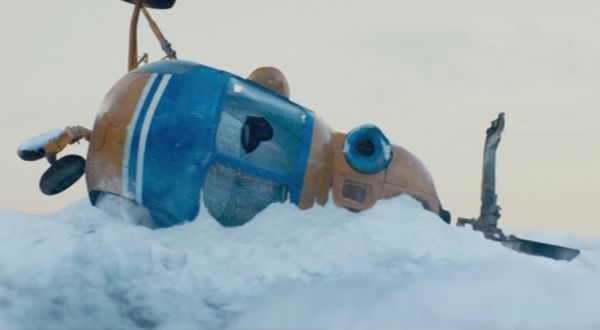 The pilot escapes from the wreckage just before the chopper sinks. 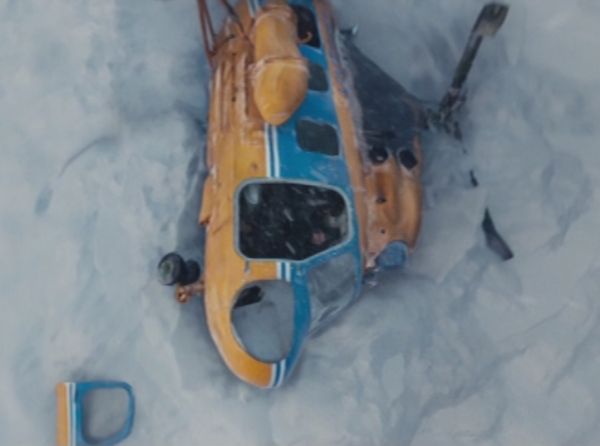 Another Hoplite arrives from a second ship to help save the crew. 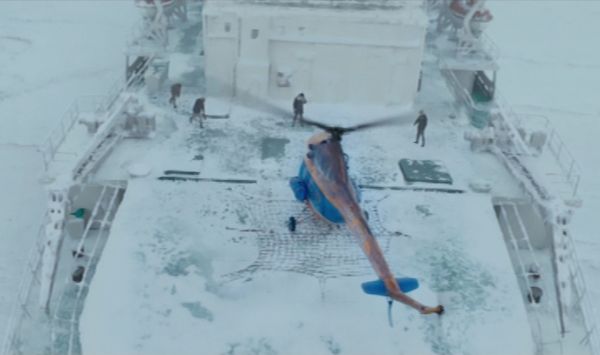 There are photo-real animation (PRA) effects of a Mil Mi-17 Hip that returns the rescued pilot to the icebreaker ship, finally sailing home across the equator. 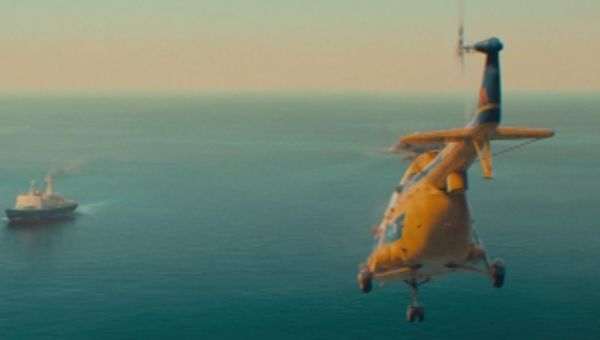