A comedy-drama set in the 1980s, this movie is based on a true story about a former airline pilot who becomes a smuggler.

There’s a Eurocopter AS-350B2 flying over jungle to land at a secret camp. 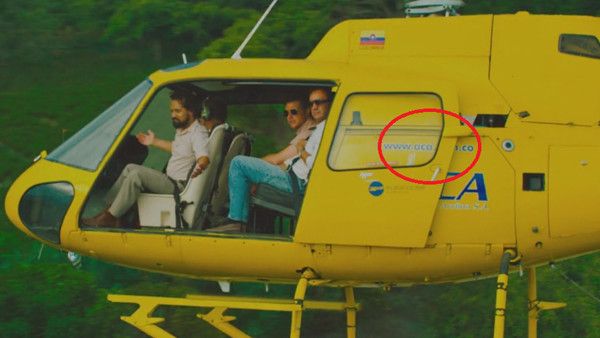 Nitpicking criticism of American Made includes the amusing anachronism of a company website address painted on the side of the A-Star, although the WWW did not exist until the 1990s. 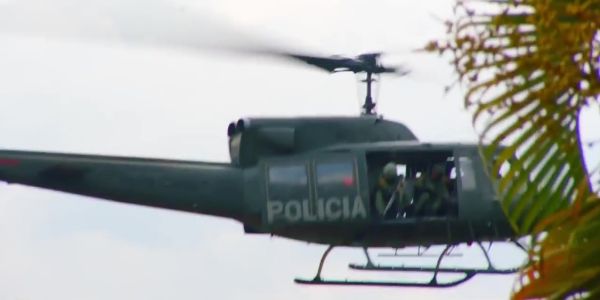 There’s also a Bell 212 hovering about during a police raid.
Posted by Tony Lee at 10:06 am