This war movie is about a US task force in Afghanistan. 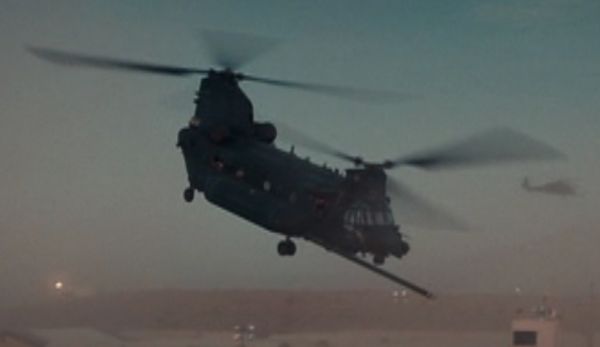 An MH-47 Chinook takes off from ‘K2’ military base, captioned “97 miles” from the Afghan border. 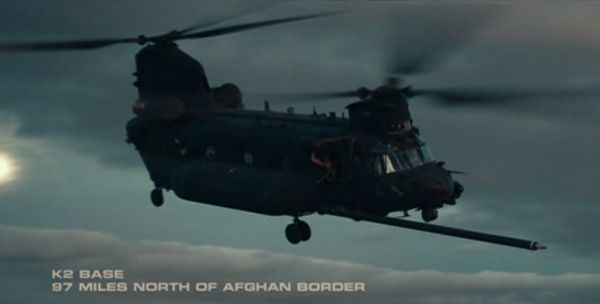 A low flying UH-60 Black Hawk buzzes over army tents on the base. 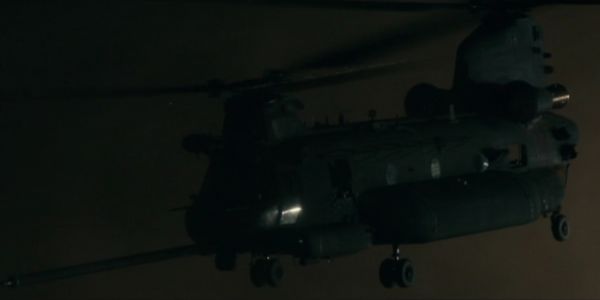 A Chinook transport is escorted by two Black Hawks, during a high altitude flight above the clouds, landing to drop off troops in the desert. 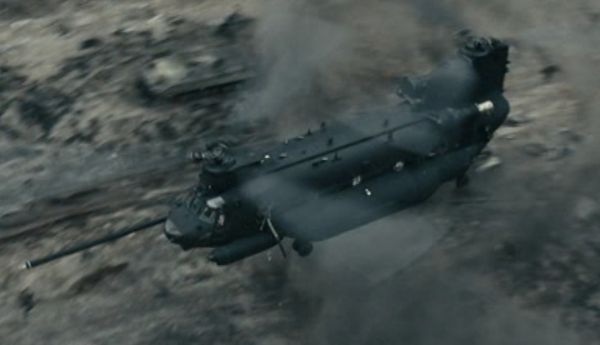 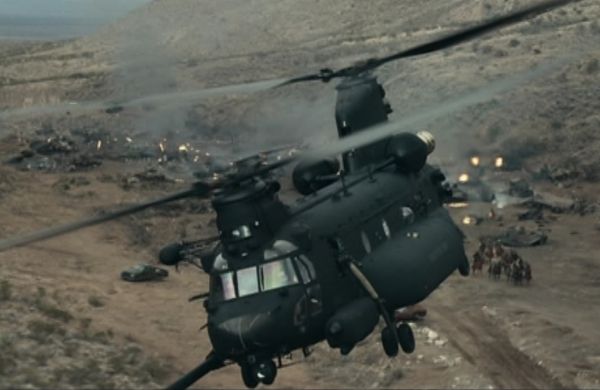 After the final battle, a Chinook swoops into land on the battle-field for a medevac flight. 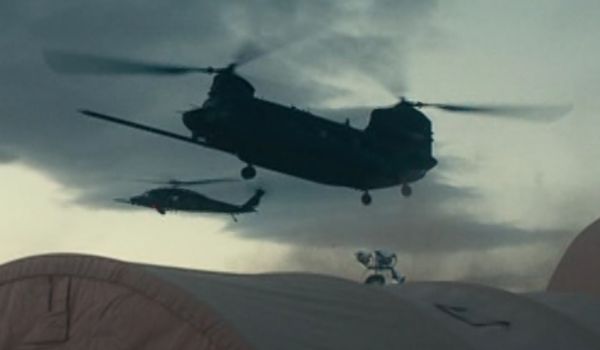 With a Black Hawk escort, a Chinook lands in Uzbekistan, bringing the troops back to base. 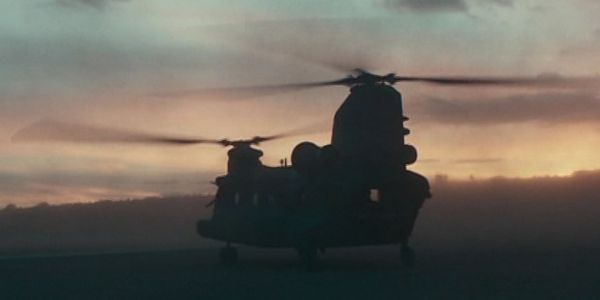