In this superhero movie, the action begins with a Bell 429 GlobalRanger. This company helicopter lands at a bay-side heli-port in Metropolis. 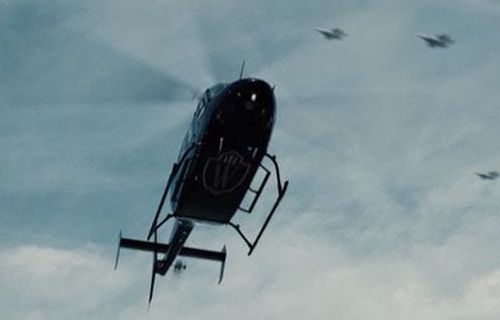 After dropping off Bruce Wayne (Ben Affleck), the chopper leaves the scene.

A Huey flies over a rebel base in the desert, and a Gazelle is seen during the same African sequence.

During the post-holocaust ‘Knightmare’, there are a couple of CGI Black Hawk gun-ships (only visible at the top of the screen) used to drop troops into the improvised fort where Batman is fighting enemy soldiers. 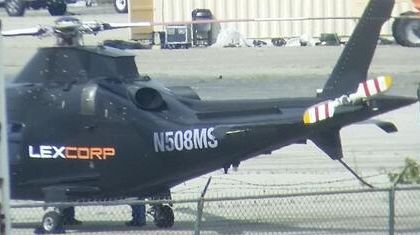 When (Amy Adams) is kidnapped by henchmen, they use an Agusta-Westland AW-109 Power, with LexCorp logo, to fly her to the heli-pad atop Lex Luthor’s tower, and the company helicopter immediately takes off again.

After Superman arrives, the AW-109 returns to pick-up Luthor.

From the roof-top of the Daily Planet building in Metropolis, Lois gets a Eurocopter EC-120B to fly her across the bay to .

We see a 206 flying over the dome that covers a spaceship wreck in Metropolis.

When the Doomsday monster jumps into the night sky, it smashes through a helicopter (presumably the JetRanger seen earlier).

As the Krypto-human hybrid does a King Kong style pose atop the LexCorp tower, four Apache helicopters arrive to attack the giant beast, but even a combination of machine-guns and rockets fail to harm the creature.

One Apache is destroyed by concrete debris that Doomsday throws at it, and the other three attacking helicopters are, presumably, downed by an energy shockwave from the monster. 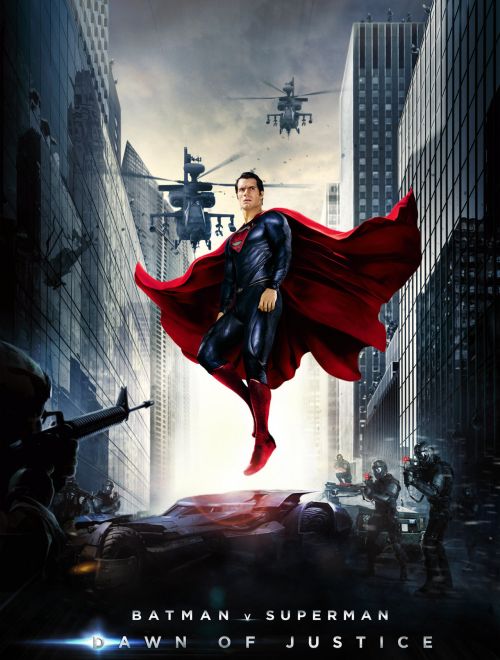 Apache Longbow helicopters appear in some versions of the movie’s poster artwork.
Posted by Tony Lee at 9:26 am