This superhero movie in the Disney & Marvel studios franchise has a few helicopter scenes.

After the bomb attack in , there's an Agusta-Westland AW-109 medevac flight seen above the damaged U.N. building.

When a GSG 9 squad hunt down ‘Winter Soldier’ Bucky Barnes in , an AW-109 gunship delivers aerial support, while heroes are fighting on a flat roof-top. Flying superhero Falcon kicks the helicopter’s tail boom and spins it away from attack position.

The same gunship returns to strafe the street when fugitive Bucky tries to escape. We also see the AW-109 fly over the scene where Captain is arrested.

In the breakout sequence, Bucky steals a German police chopper (a blue Eurocopter AS-350) for his escape attempt. 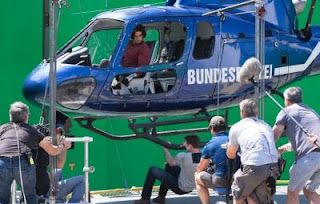 However, in a roof-top stunt, Steve Rogers prevents this getaway flight, using his brute strength to grab the landing skid and pull the helicopter back down. 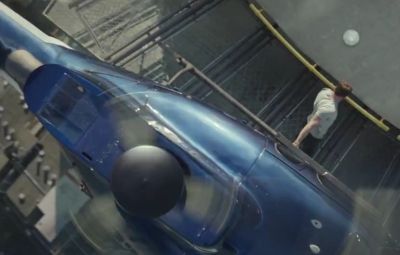 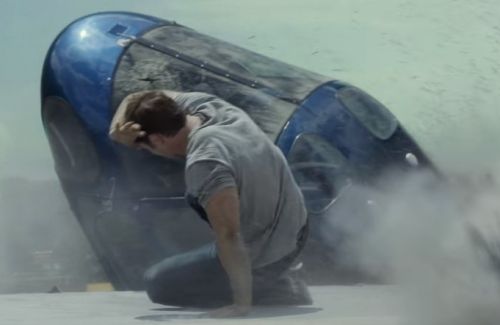 At the airport, there’s another AS-350 parked on the concrete. Captain walks towards the A-Star, but Iron Man disables the helicopter with an electric device.

Other AW-109 helicopters are seen in the background, but less visible, during this climactic battle.

Tony Stark uses a private Bell 429 GlobalRanger to fly out to sea and rendezvous with the Raft prison. 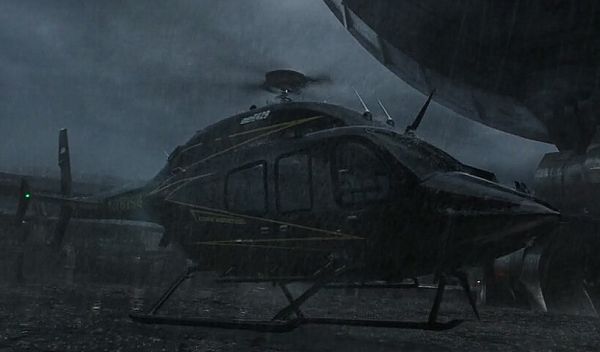 After visiting inmates in the cells, Stark returns to his auto-piloted GlobalRanger, leaves the submarine base, and then Iron Man launches from the helicopter. 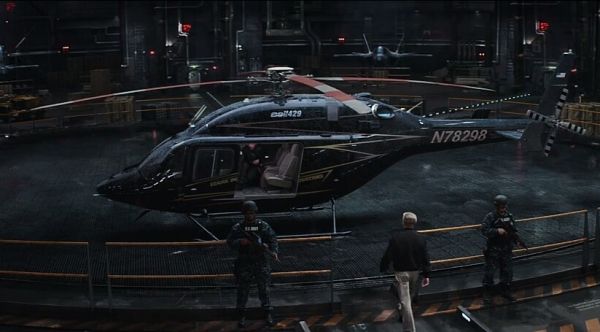 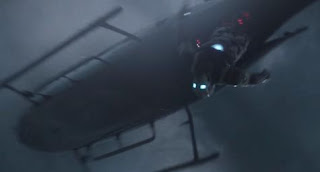