In this action movie sequel, about a team of mutant superheroes, a Sikorsky S-61N Silver is the featured helicopter. This big transport arrives at Xavier’s school just after the building has been demolished by an explosion. 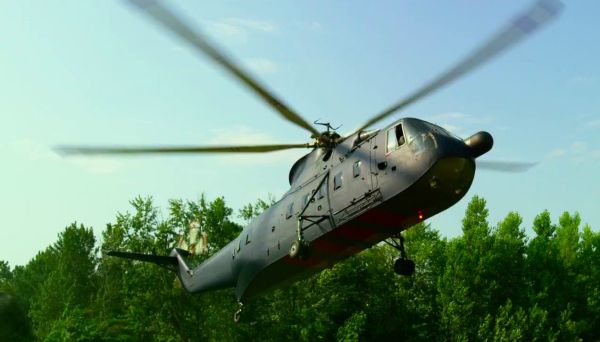 Some of the kids are kidnapped, but three more teleport into the helicopter’s cargo cabin, as the bad guys fly to a secret military base, where the helicopter enters the complex through a tunnel in the mountainside.

One of the bad guys uses the same helicopter to escape in when his plans are ruined by pesky kids, and captured mutants break out of their prison cells.

X-Men: Apocalypse is reviewed on VideoVista.
Posted by Tony Lee at 1:16 am