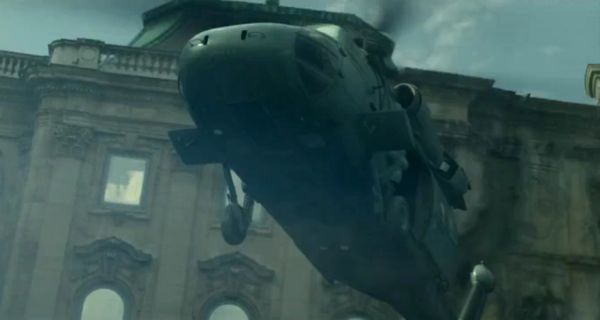 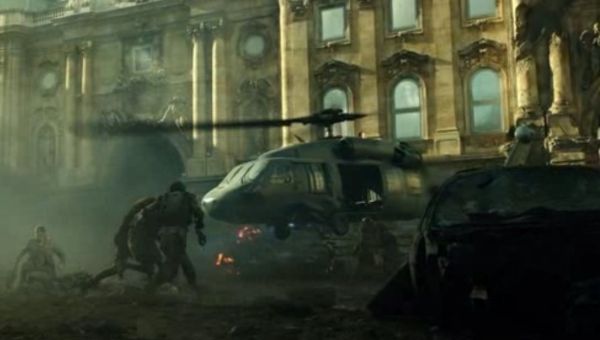 An MH-60 Black Hawk lands in a town square to rescue US troops and the chopper’s rotors blow dust at ghostly attackers. 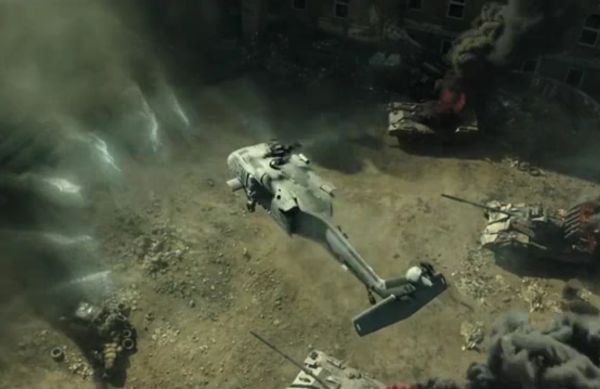 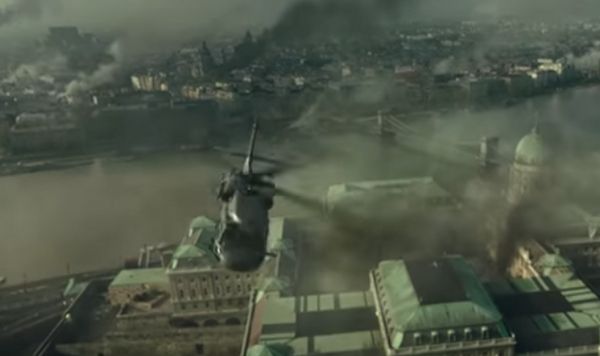 This USAF Black Hawk flies the evacuees to a new HQ in a refugee shelter, where V-22 Ospreys arrive hauling crates. 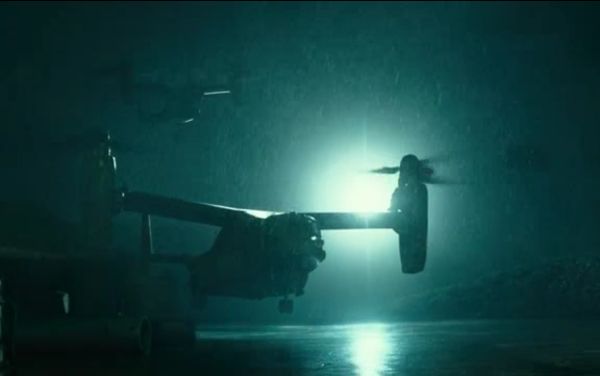 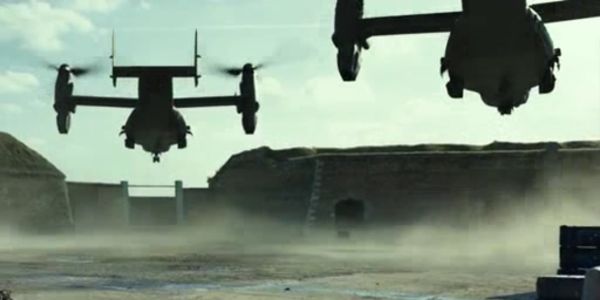 Next day, five Osprey transports carry troops to attack a power station, where special ops teams abseil down to fight a horde of quantum spectres. 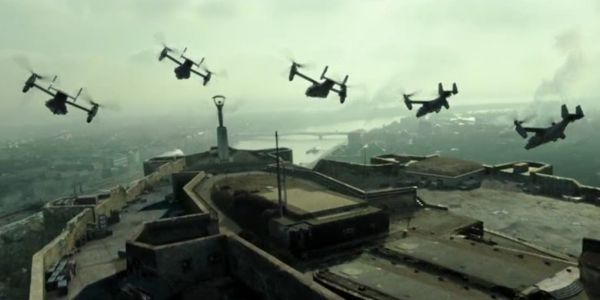 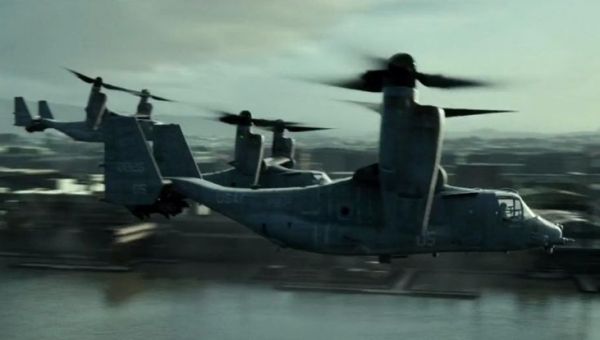 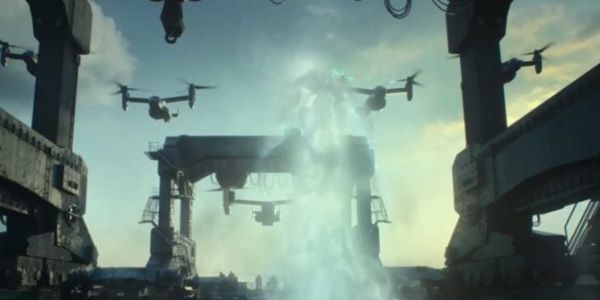 After the final mission, a Black Hawk lands with survivors at a US military base, and the scientist hero boards an Osprey for his flight back home. 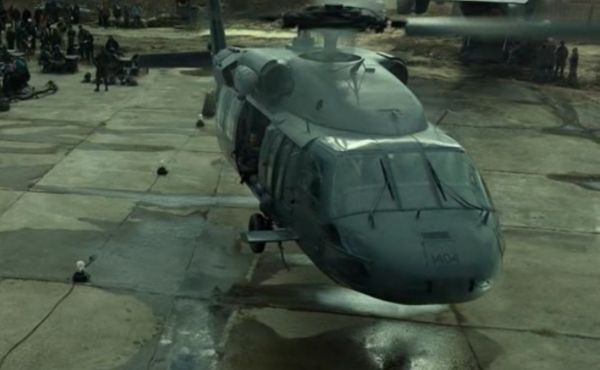