This dystopian conspiracy drama has a Schweizer 300C flying the heroes along a rural road from a ranch to a school, where they rescue a girl. 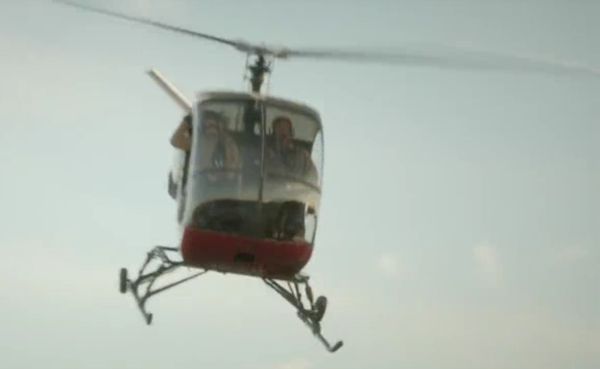 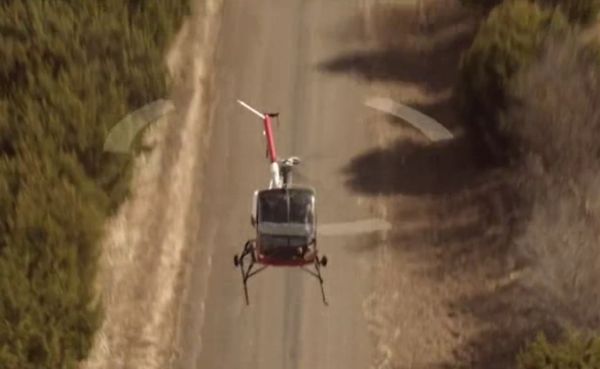 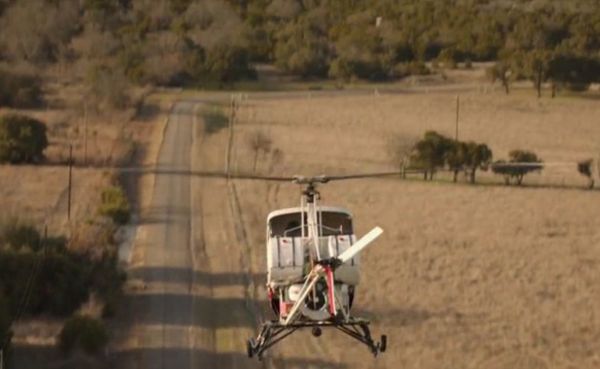 The heroine stands on the chopper’s landing skids for their flight back home. 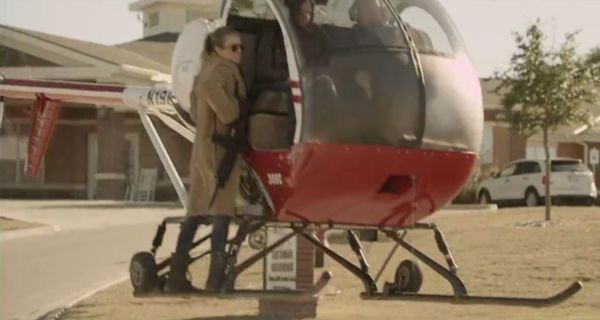 Later, the villains use a Bell 407 gunship with UN markings during their attack on the rebel’s ranch. 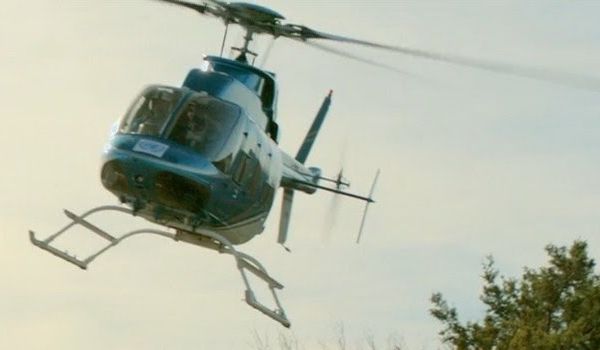 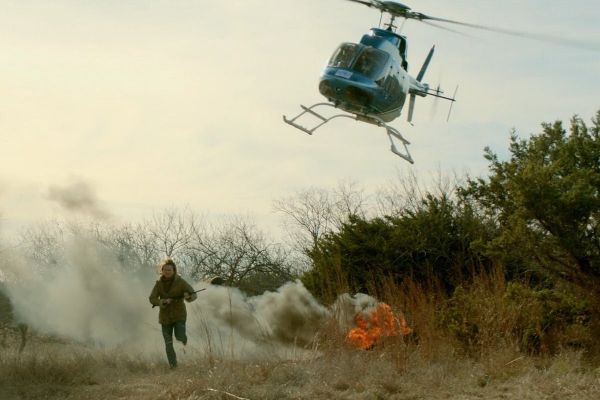 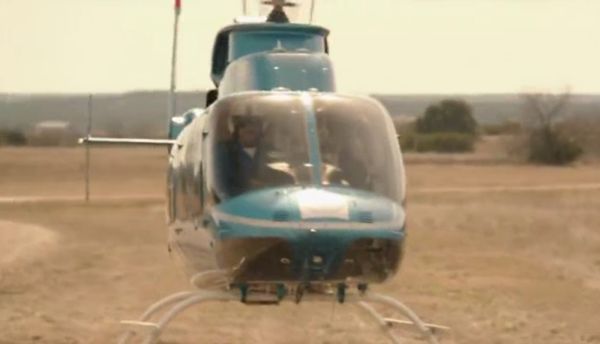 There’s a showdown in the sky between the Bell 407 and the Schweizer 300C.

The enemy’s pilot admits his Bell helicopter can’t manoeuvre like the smaller 300C. 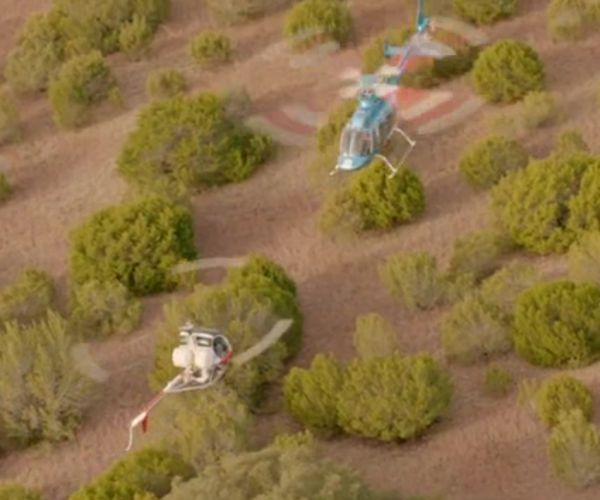 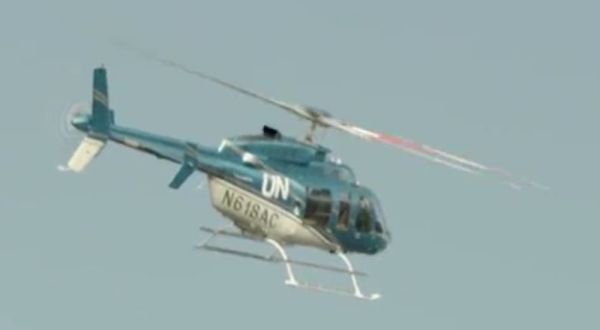 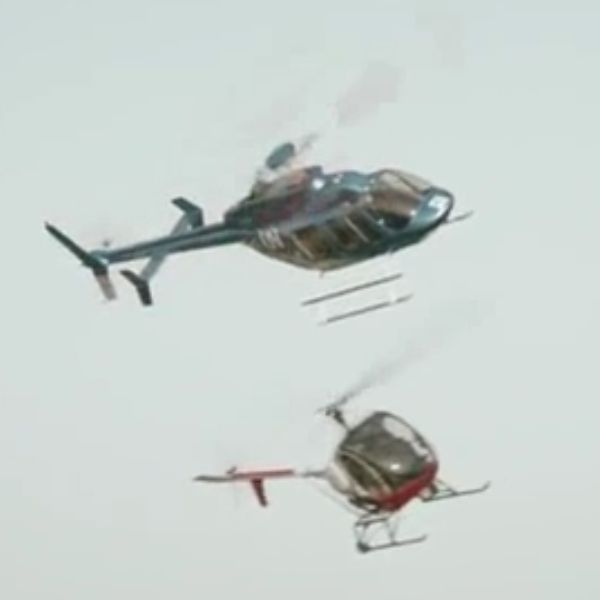 After the airborne chase, the Schweizer’s passenger drops a bottle bomb on the low-hovering Bell 407 and it explodes in mid-air. 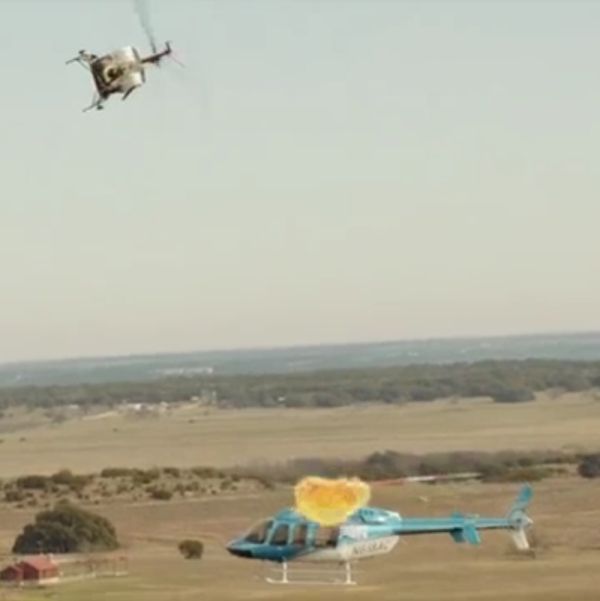 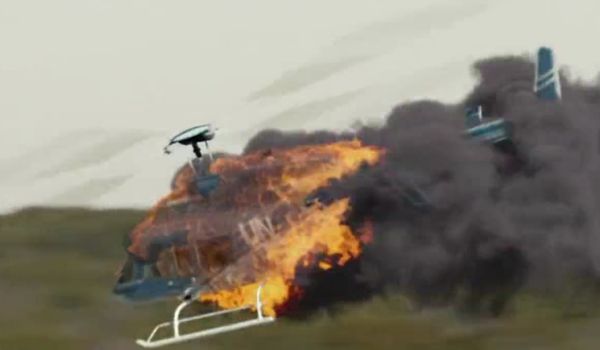 The heroes fly back home in their Schweizer. 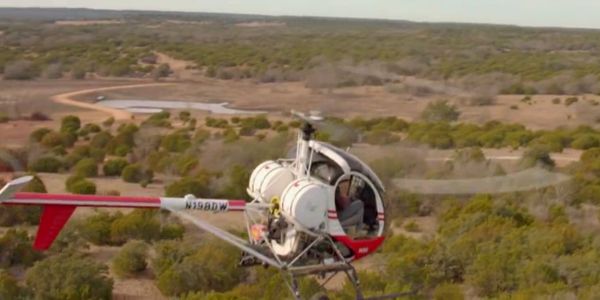 Black Hawk helicopters featured on the poster artwork do not appear in this movie. 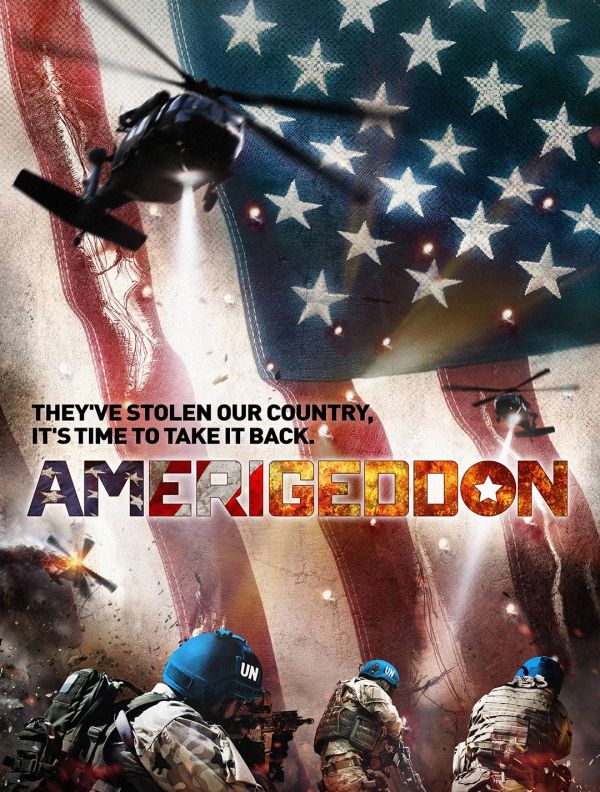