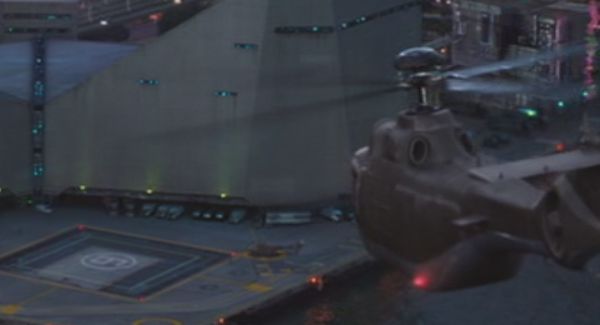 A winged rotor-craft, first appearing in silhouette, patrols the streets. 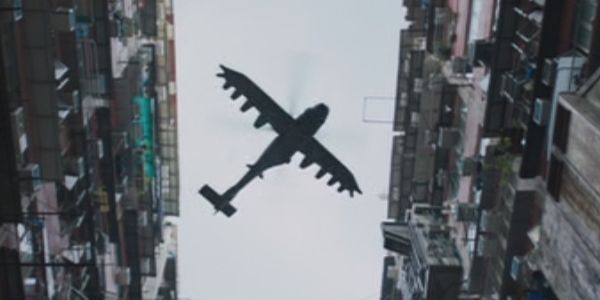 After the battle against a spider-tank, this big rotor-craft with enemy gun-men aboard, unfurls its wings for an urban assault mission. 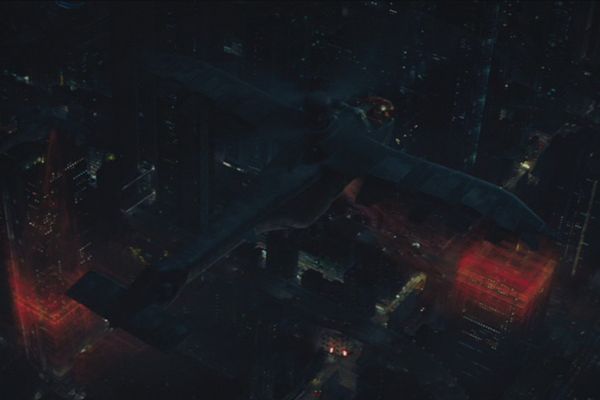 However, when a sniper shoots it down, the damaged machine slams into a building and then crashes in the street. 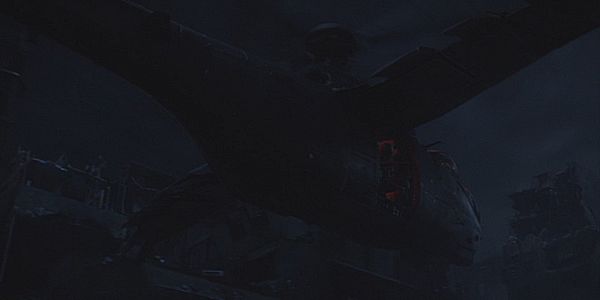 In the final sequence, the Hind style chopper drops a team of agents on a roof-top in the city. 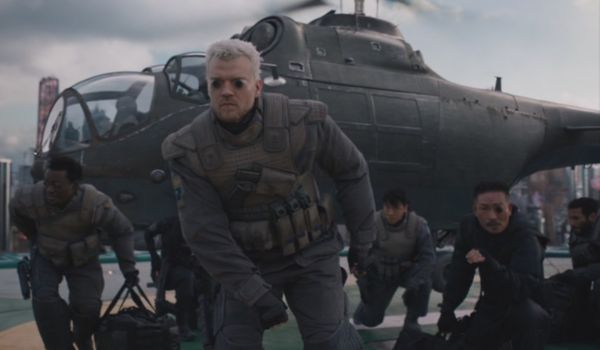